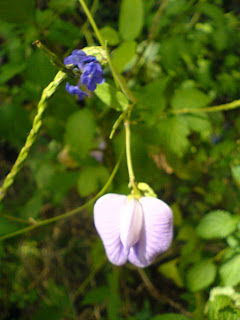 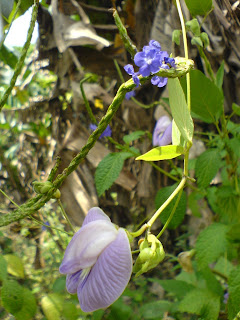 posted by arcibaldo at 16:35 No comments:

He was strangely calm when the phone message came that time when night and morning intertwined. It caught him dreaming still but nearly awake enough to notice and silence the beeping of the phone. The dream was far too interesting for his exhausted mind from previous days' excessive workings. He slept until a whiff of warm pancakes in maple syrup opened his eyes to the morning. The memory of the phone message hanging by a thread, he grabbed the phone from the bed clutter near his feet-side and curtly replied "bakit?" (why?) and went back honoring sandman's images of gliding through several laps in a pool, deja vu's of a previous day's seemingly miserable discussion, and the woman who never ceased to challenge the stutterer in him.

Years ago he was always found stuttering by the very thought of courting women who sparked the interest of his heart, but never did he spare an opportunity to pursue them, much as he enjoyed more looking and reciprocating his feelings from afar... at a distance. He knew there are risks involved in relationships and did not want pain to be a part of it. He was content that from this emotional distance he will still be able to be a part of these women's lives and form lasting impressions. This was enough to fulfill him, enough to satisfy his longings. Fly-by-night women satisfied his urges.

Witnessing them fall for others hurt him, but it was the lack of intimacy for another woman which seemed to have the deepest bearing. He knew, in one way or another he would have to make a move or grow old always shifting from one flower to another, wilting in the process without his own rose with him to grow. He was afraid to fly and he knew it. He also knew he was not ready to learn it, and the dream of loving was sideswiped from his ambitions to live.

Until that same morning, in a sudden epiphany upon his second waking, the message recurred in his mind. It was clear to him what the message meant but the reasons behind it intrigued him gravely. Nature taught him two basic reactions when faced with threat, either to fight or to flee. The paranoia the message created was almost enough to trigger his defense to run away, were it not for his resolve to stop playing safe and start taking calculated risks in life.


It was still about taking calculated risks, true, and he thought this still entitled him to play it safe until he was able to plan the perils involved. He also needed to reconsider his feelings for other women he has feelings for, to make the playing field fairer for all. There is the one who makes him stutter, and another with whom he enjoys discussing about the world's usual and crazy realities, another seems to awaken the creative genius in him, while another makes him feel human and wanted. Little did he know that the game of love was no ordinary simple game and playing it would hurt him more. At the very least, he was taking his first steps again to fly...


"I would believe only in a god who could dance. And when I saw my devil I found him serious, thorough, profound, and solemn; it was the spirit of gravity ---- through him all things fail. Not by wrath does one kill but by laughter. Come let us kill the spirit of gravity. I have learned to walk: ever since, I let myself run. I have learned to fly. Now I am light, now I fly, now I see myself beneath myself, now a god dances through me." (friedrich nietzsche)

posted by arcibaldo at 20:50 No comments: