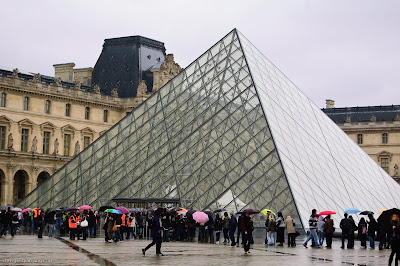 Were we there again in the same country at the same time? LOL! I was in France for 5 weeks. And in Paris for 4 nights!! I just got back. Reminds me of the time when you were near KL and I was in the Malaysian part of Borneo. And now you were in Paris? And I was in 40 kilometers form Toulouse all that while? LOL! :D

i was only in paris for less than 2weeks to attend a 7day meeting, around 1st week to 2nd week of april. don't tell me you were also there around that time hehehe
a big world that seems to get small with coincidences. :-)

Oh! what a pity! Would have been funny if we had been there at the same time...again! ;D I was in Paris from the 3rd of May until the 5th. And then in Lavuar from the 5th of May until the 8th. of June. Then Back to Paris and then home to Tokyo on the 11th of June. :D
My pictures of my paris holiday are on facebook. :D And what i find amazing is that we took pictures of the same places, but such different pictures! LOL!!

wow that's a long time away from home. must be quite an adventure (and will have to google lavuar hehehe)

i'm not sure to call it a blessing that it rained in the only time i could go around the city, but must be, seeing paris in another light. :-)